Together with CNH Industrial, we explored how the advent of Augmented Reality Head Mounted Displays (AR HMDs) could affect operator interaction in an assembly workplace. We envisioned a hypothetical future, in which the AR HMD gets rid of its bulkiness, and becomes an elegant, unobtrusive pair of safety glasses. In our vision, the AR HMD is a given in any manufacturing environment: every worker and operator wears one, while performing his/her job. A second assumption we made was that the AR HMD would not replace today’s digital media, but rather complement them. We believe that today’s multi-touch displays and display-button setups are here to stay. However, they will be enriched with an augmented layer, provided by the AR HMD. Put otherwise, we asked ourselves the following question: which interaction possibilities emerge when you combine a traditional display-button setup with an AR HMD? We employed an assembly workplace at CNH Industrial as the context for this exploration. 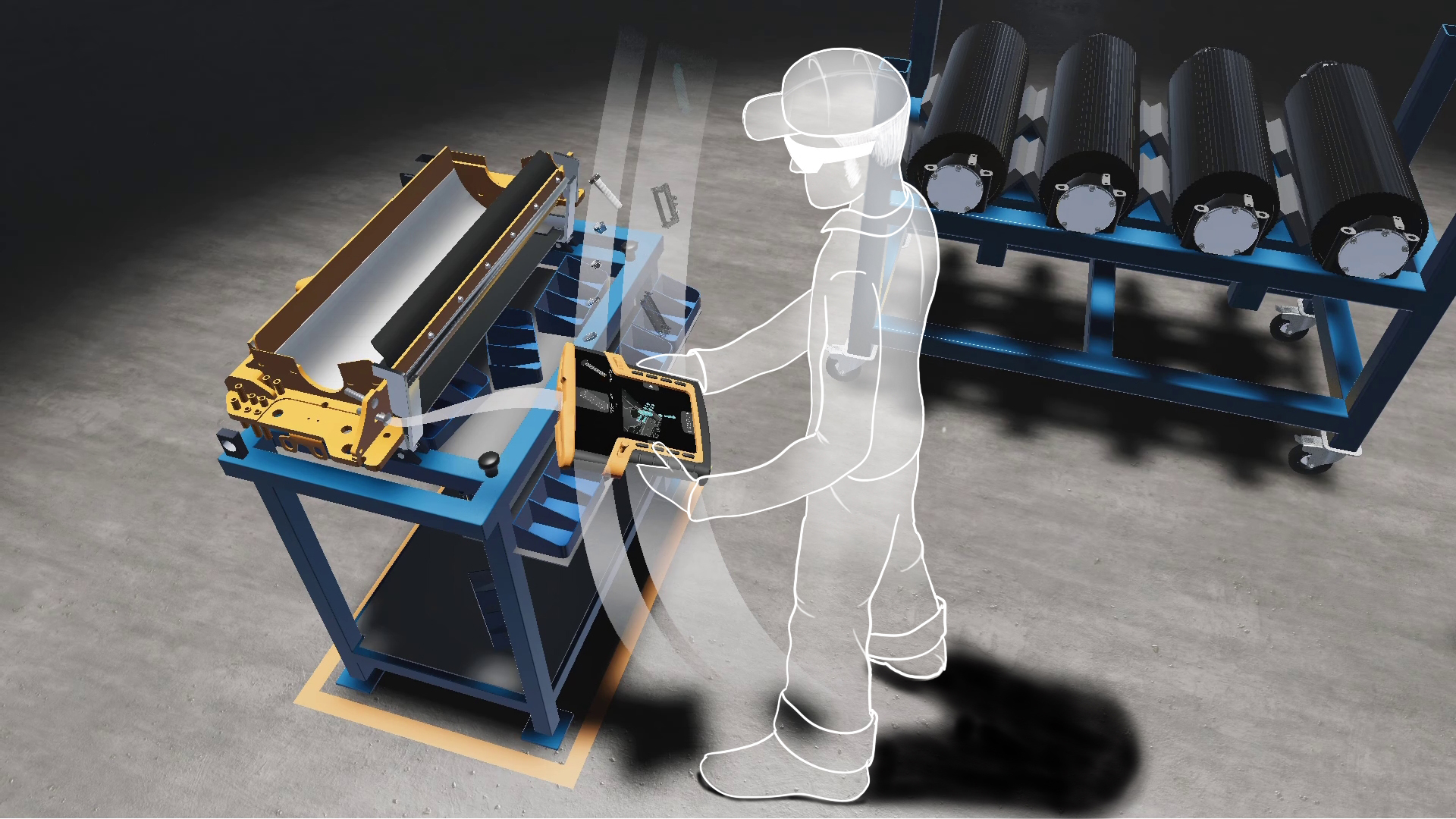 We put forward a hypothetical future, in which products are deliberately designed to act as cradles and tracks for 3D holographic components. We call them hybrid products. Hybrid products contain a physical base structure, complemented by one or more holographic extensions. These holographic extensions fit seamlessly on the physical structure, since both were designed as one un form whole. What hybrid products will look and feel like, how people will interact with them, and where they will be used, is largely unexplored territory. At Ground Eight, we decided to do an exploration ourselves, and build a provocative prototype with which we could articulate the idea of hybrid products and make it tangible and discussable. 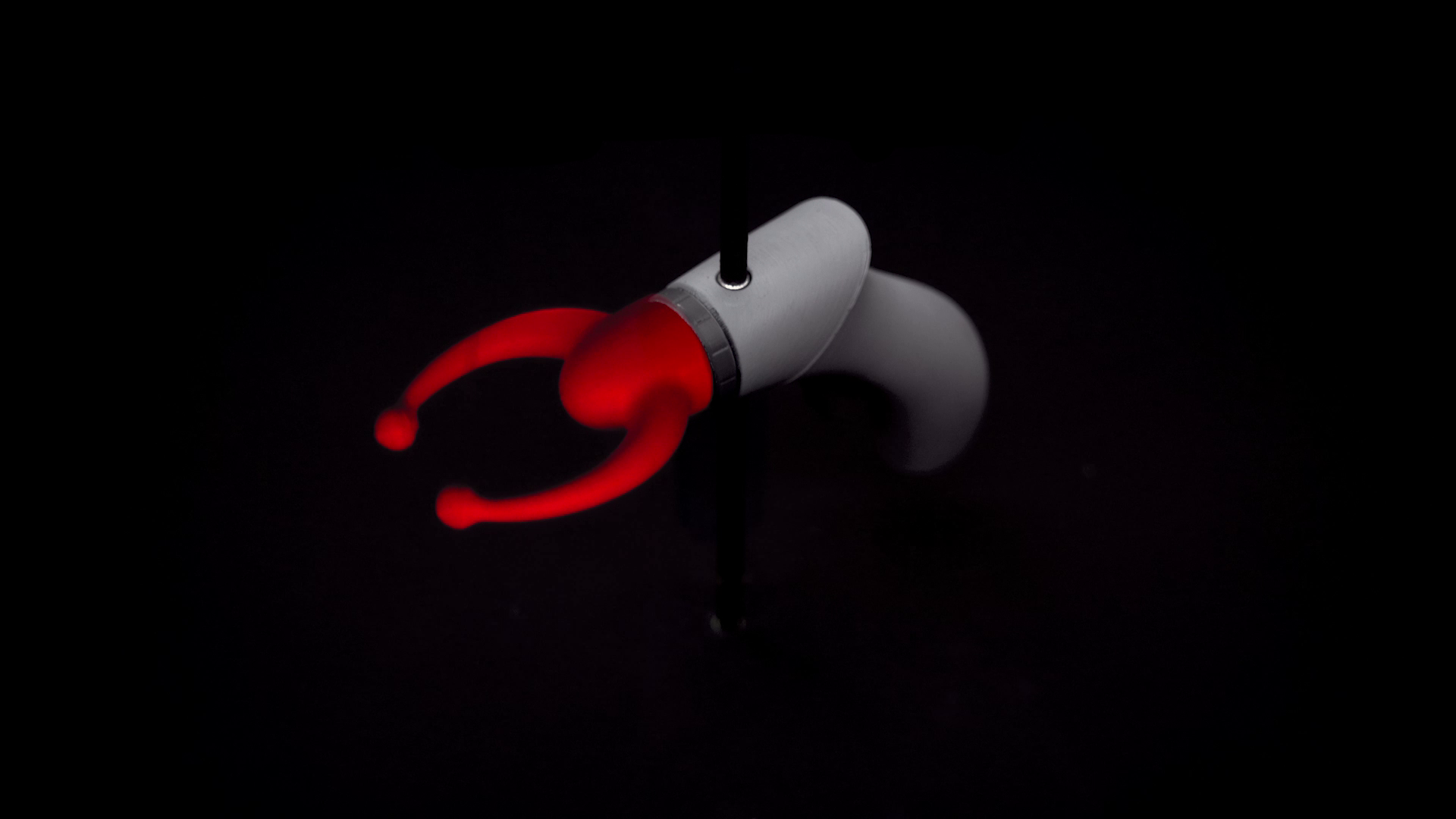 We designed a conceptual device, the ARpad. The ARpad is a mobile control unit, that provided work instructions for an operator in the CNH Industrial workplace. It contains a display and physical buttons and, in that sense, it represents today’s media and interaction styles. But the ARpad is more than that: it can be used in combination with an AR HMD. In fact, it was specifically designed as a physical channel for the 3D holographic layer, that is provided by this AR HMD. The physical shape of the ARpad and the action possibilities of its controls fit the shape and movements of the holographic images that grow out of it. The formgiving and form semantics of the ARpad have a hybrid nature: they go beyond the boundaries of the physical world, and reach into the holographic layer. 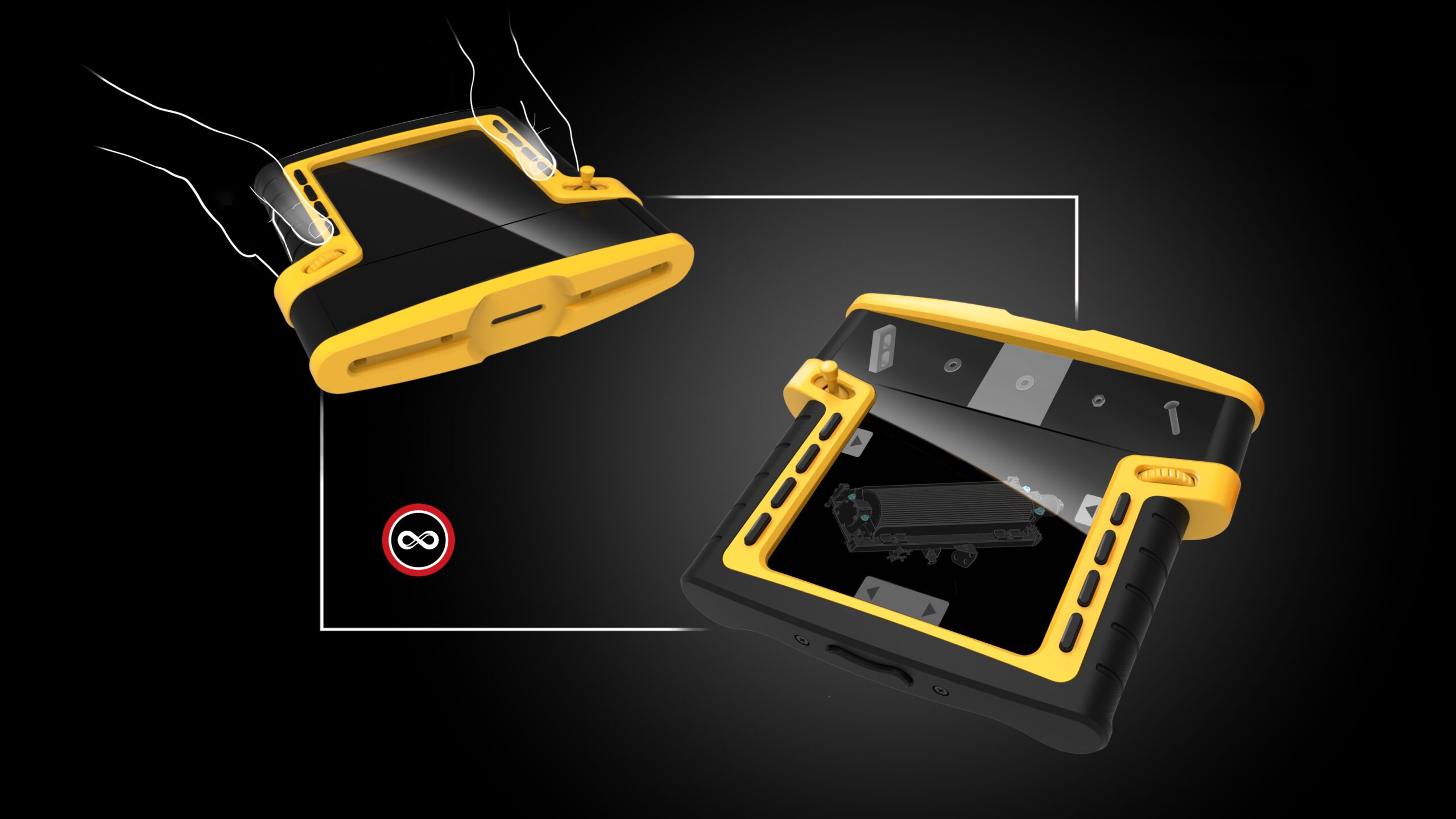 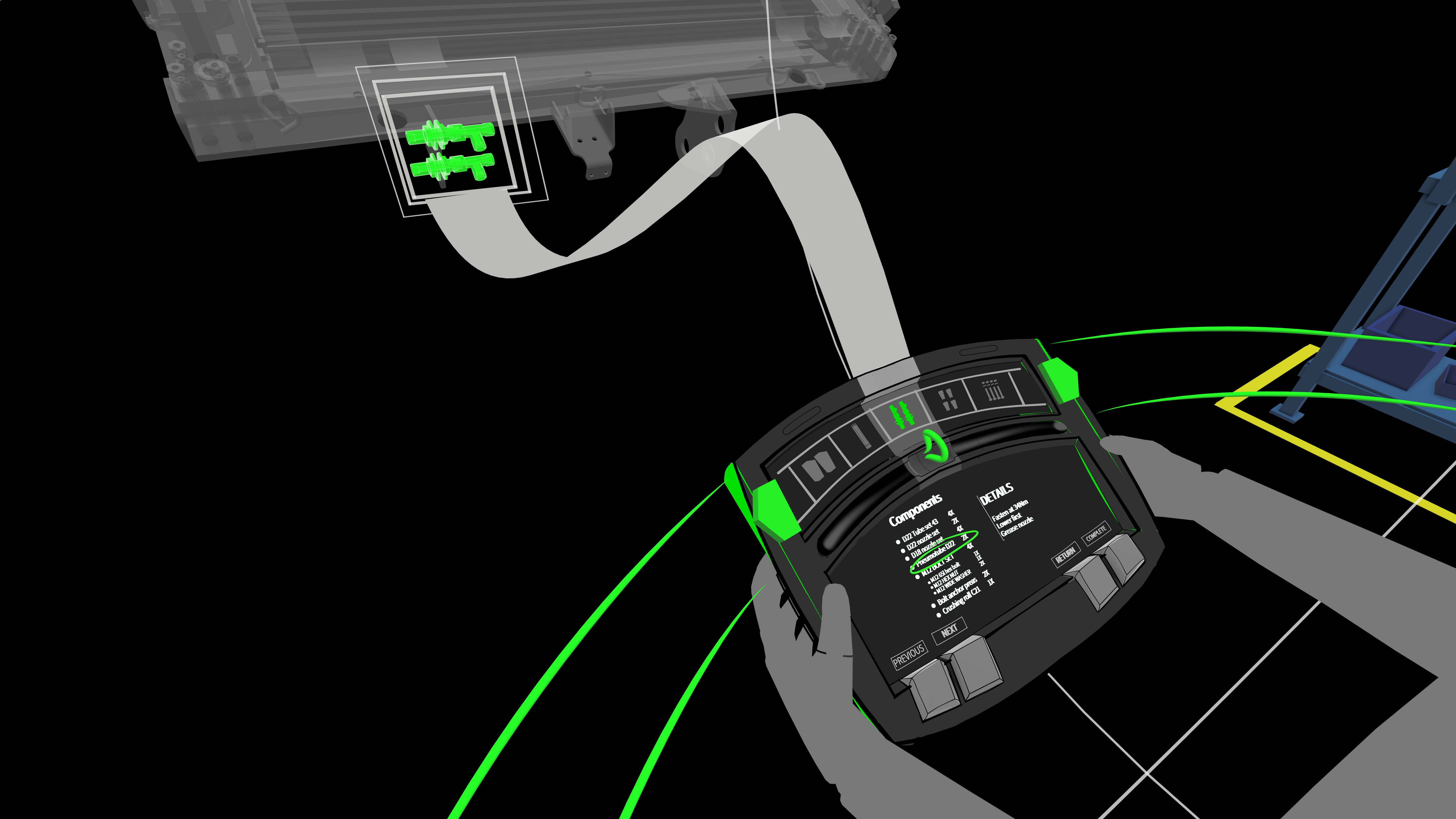 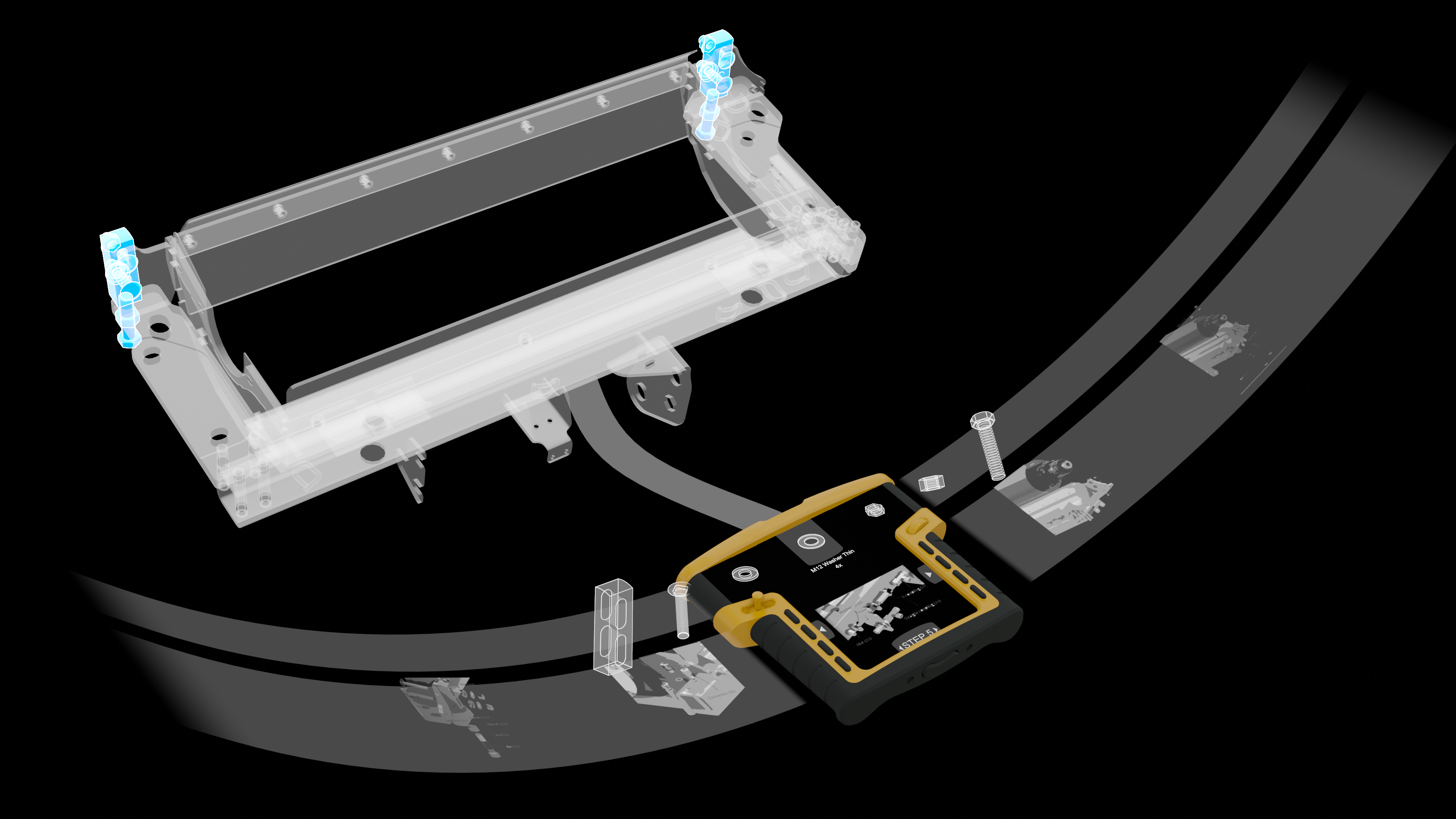 We built a physical model of the ARpad, consisting of 3D printed parts and electronic components. We connected this model through Arduino coding with a VR counterpart, in a VR environment of the CNH Industrial workplace. The result is a VR experience with real-world, tactile feedback and feedforward. 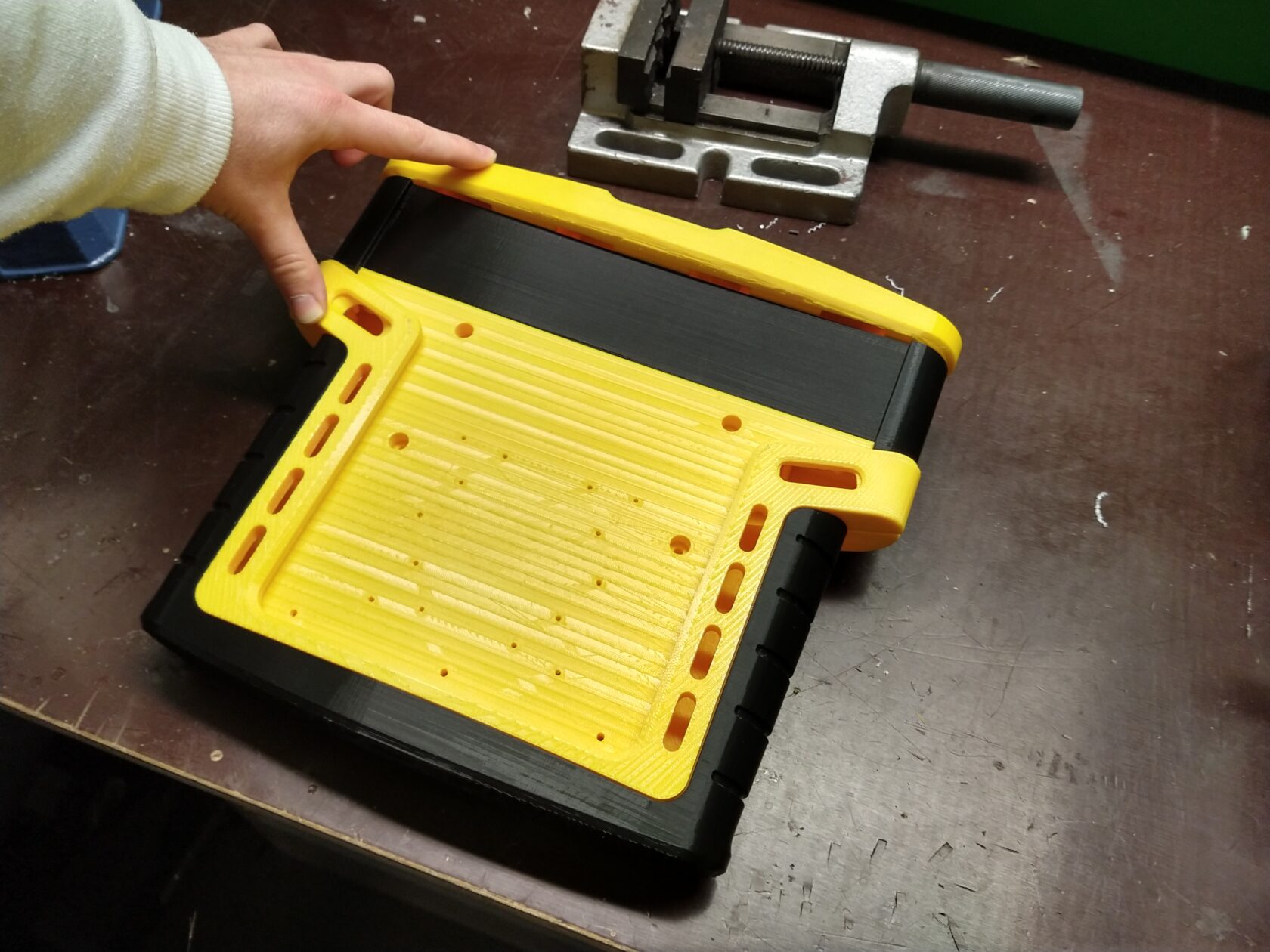 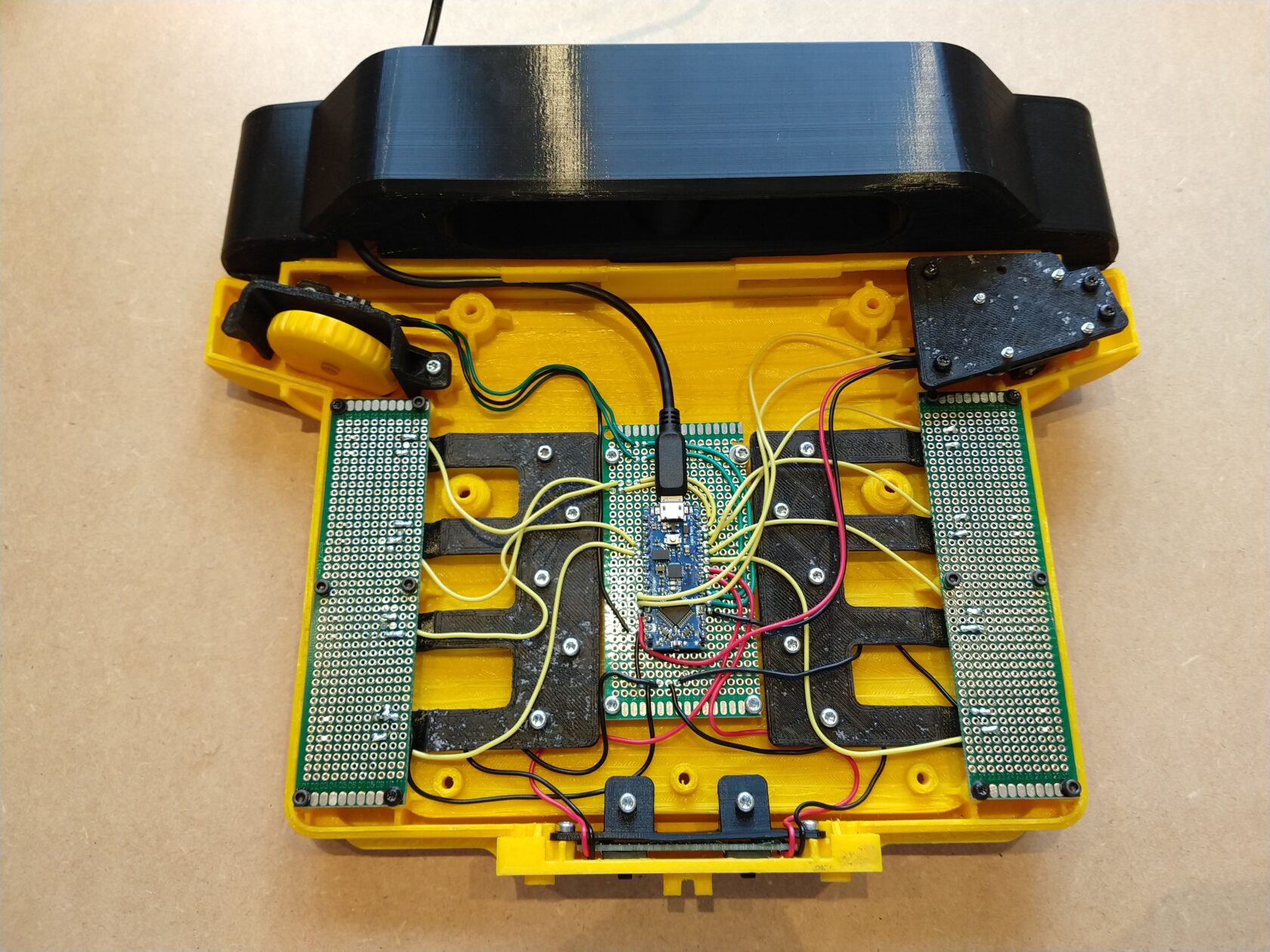 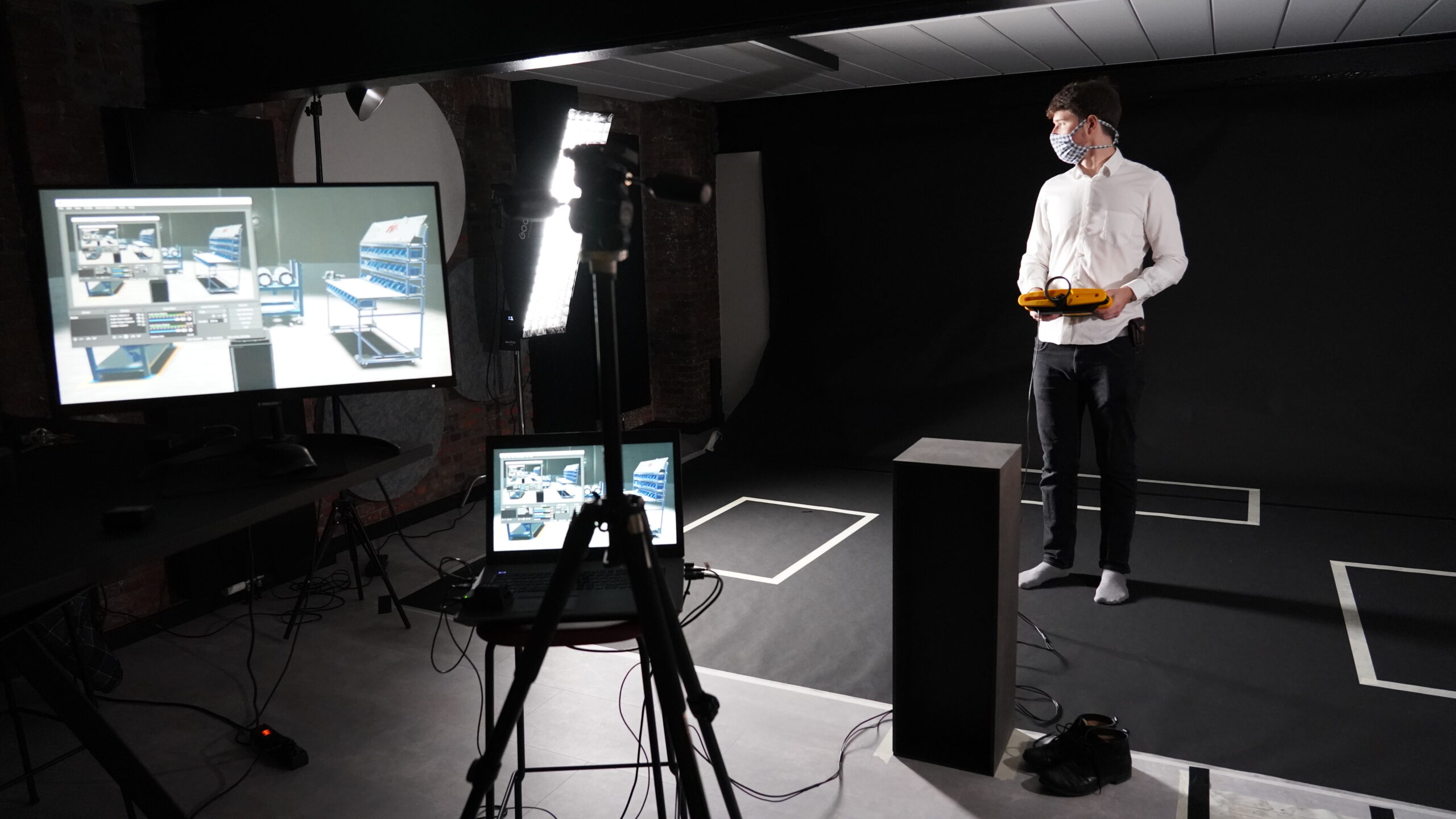 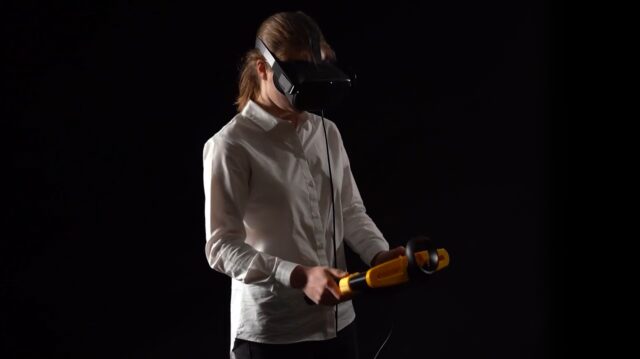